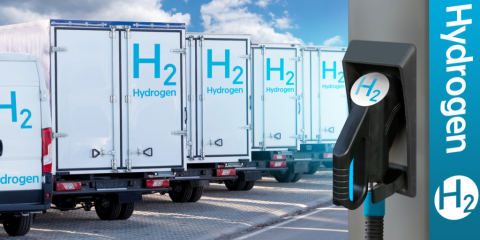 The Australian Federal Government has unveiled the Future Fuels and Vehicles Strategy[i].The announcement has been linked to the National Hydrogen Strategy that has been around for some time now.

This article is a summary of the hydrogen component of the Future Fuels and Vehicles Strategy and how this seemingly niche announcement can have wider implications for a hydrogen economy.

Why is Hydrogen Important?

Hydrogen is important because hydrogen as a fuel has been identified as a key stepping stone in achieving sustainable climate change goals.[ii] That being said, the industry will need significant private investment to accompany the Federal Government’s commitment so far, particularly in developing and commercialising technology to bring down the delivered cost of hydrogen. The reason for this is that although there is a long history of production and consumption of hydrogen as a fuel, there is little advancement in the technology to store and transport it.

The primary goal of this new initiative is billed as working with the private sector to increase the uptake of hybrid, hydrogen, electric and biofueled vehicles.[iii] Accompanying this strategy is a commitment by the Federal Government to expand the Future Fuels Fund by $178 M, to take the total investment to $250M.

Whilst the strategy has a large focus on retail consumers with its measures aimed at hybrid and electric vehicles, it also provides opportunities for industry participants in the hydrogen economy.

The strategy’s first priority initiative: “Electric vehicle charging and hydrogen refuelling infrastructure where it is needed”[iv], is very encouraging for all participants and prospective participants in the hydrogen economy.

The focus on hydrogen refuelling infrastructure to tackle long haul and heavy industrial transport opens the door for discussions about the necessary infrastructure, regulations and standards to store and transport the volatile fuel. These are areas of great importance to industrial scale producers, transporters and end users of the commodity, and should assist in kick starting a hydrogen economy in Australia.

Industry feedback[v] specific to growing a hydrogen economy has identified that to support hydrogen refuelling stations, solutions will be needed for:

Australia is gaining momentum in its push for net-zero emission by 2050. One of the key stepping stones to achieving this target will be the early uptake of hydrogen in heavy industry and transport. It would not be inconceivable to see hydrogen as a staple fuel in power generation to manage peaking of renewables.

This announcement by the Federal Government provides an opportunity for organisations wanting to be a part of the hydrogen economy to shape key aspects of it. It is encouraging to see policy evolving to remove the barriers commercial entities face in lowering carbon emissions.

Liability limited by a scheme approved under Professional Standards Legislation.