Dealing with companies in a corporate group & addressing the risks 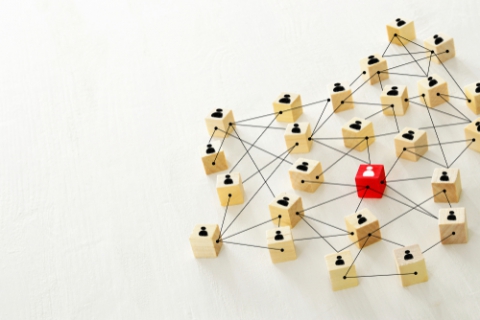 It is a well-known principle that, upon incorporation, a company is considered a separate legal entity. It acts in its own right and shareholders are not liable for the company’s debts. It is for this reason that companies are the most commonly utilised business structure in Australia and around the world.

However, this protection is not absolute - a court can disregard this principle and ‘pierce the corporate veil’ to deny the protection normally provided and hold a shareholder responsible for the actions of the corporation.

Australian courts have recognised a number of factors that may lead to the piercing of the corporate veil, including:

The corporate group and the veil

Many businesses in Australia are conducted as a group structure of several companies over which a parent company has control. Applying the above principle to corporate groups, each member company of a corporate group is a separate legal entity. Therefore, each group company should not be responsible for the actions of the other companies in the group.

High Court decisions such as Walker v Wimborne [1] and Industrial Equity Ltd v Blackburn [2] direct a strict application of the separate entity doctrine and have shown an unwillingness to pierce the corporate veil in the case of corporate groups.

As described by Dodds-Streeton J in Varangian Pty Ltd v OFM Capital Ltd: “The underlying unity of economic purpose, common personnel, common membership and control have not been held to justify lifting the corporate veil. As recognised by Rogers J in Briggs v James Hardie & Co Pty Ltd, even the complete domination or control exercised by a parent over a subsidiary is not a sufficient basis for lifting the corporate veil.” [3]

The development of the rigid application of the separate legal entity principle to corporate groups can be problematic, as arguably it leads to a divergence between the “realities of commercial life and the applicable law”. [4] It has been argued that the corporate veil may be pierced if a corporate group is operating in such a manner as to make each entity indistinguishable. One factor which has been identified is the “obvious influence and control extending from the top of the corporate structure”. [5]

The corporate veil may be pierced if a parent company is considered to be a ‘shadow director’ of a subsidiary. In Standard Chartered Bank of Australia Ltd v Antico (1995) 18 ACSR 1, Hodgson J considered the following factors which led to the conclusion that the parent was a shadow director of its subsidiary:

Protection when dealing with a corporate group

There are many different scenarios in which transacting with a corporate group might expose you to additional risk.

It may be that the corporate group holds its assets in one entity but the operating entity you are transacting with holds no or minimal assets. Or, there can be confusion about which is the correct entity within the group and where relevant rights and obligations rest. You may contract with one subsidiary within a group but it is not the group entity that actually holds the asset you intend to be dealing with or it does not have the practical ability to provide the relevant services you require. Alternatively, the same mistakes can be made within the group, for example by securing relevant licences in the asset holding group entity’s name when they need to be held by the operating group entity.

As Rogers CJ in Qintex Australian Finance Ltd v Shroders Australia Ltd said: “in the everyday rush and bustle of commercial life in the last decade it was seldom that participants to transactions involving conglomerates with a large number of subsidiaries paused to consider which of the subsidiaries should become the contracting party”. [6]

Accordingly, it is important that the entity you contract with is one of substance, and, if not, consideration should be given to whether other companies within the group need to become parties to the agreement as guarantors. Alternatively, you should obtain comfort in ensuring you are adequately protected and there is a viable avenue for recovery in the event the contracting entity fails to perform or goes insolvent.

In practice, there are a number of options available to address the risk involved in transacting with a corporate group, which include, for example:

(d)  other forms of security for contractual performance.

Take away for the corporate group

Grondal Bruining is a commercial law and litigation firm committed to providing the highest quality legal services. We focus on power & utilities, oil & gas, resources and other commercial and industrial areas.

Our team is renowned for providing outstanding benefits to clients, delivering proactive and professional advice. Grondal Bruining lawyers have been widely recognised as leaders in their fields by external ratings directories.