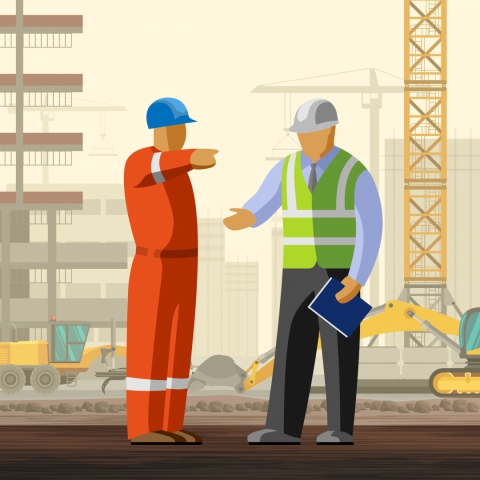 Overview of the CCA

The Construction Contracts Act 2004 (WA) (CCA) is designed to ensure the prompt flow of payments to contractors, subcontractors and suppliers in the building and construction industry.

It provides for rapid adjudication of payment disputes, so as to ensure contractors and those further down the contracting chain get timely payment. Certain terms are also prohibited from being included in construction contracts and certain terms are implied into contracts if they are not already dealt with in the contract.

The object of the adjudication process is to determine the dispute fairly and as quickly, informally and inexpensively as possible, to keep money flowing in the contracting chain.

‘Construction work’ is broadly defined in section 4 of the CCA and includes such things as civil works and reclamation of land. Significantly, it also includes certain forms of preparatory work and the supply of goods and professional services related to construction work.

A ‘payment claim’ means a claim made under a construction contract:

Before applying for adjudication under the CCA, it is important to ensure that the payment process set out in the construction contract is followed.

The provisions in Schedule 1 Division 4 of the CCA will be implied into a construction contract that does not have written provisions about how a party is to make a claim to another party for payment.

If the construction contract is silent as to timing, the CCA provides that a payment claim can be made at any time after the contractor has performed any of its obligations.

Division 5 states that if a party that receives a payment claim believes that the claim should be rejected or disputes that whole or part of the claim, the party must within 14 days of receiving the claim, give the claimant a notice of dispute.

Payment dispute and applying for adjudication

A payment dispute arises if:

After a payment dispute arises, the party seeking payment has 90 business days to lodge an application. Importantly, a business day means a day other than a Saturday, Sunday or public holiday or a day in the period beginning on 25 December in a year and ending on 7 January in the following year.

In the case of a ‘recycled’ payment claim, the party seeking payment has 90 business days to make an application for adjudication from the latest time the claim was disputed or not paid.

To make an application for adjudication, a party must:

In the event the parties agree on an adjudicator, the application for adjudication is served directly on that adjudicator.

The written application must contain certain minimum details and it is common practice to include in the supporting submissions the following information:

The applicant’s position may be supported by statutory declarations of lay witnesses (e.g. employees) that are familiar with the underlying facts and issues pertaining to the application. It may also be supported by expert opinion.

Responding to an adjudication application

A party who has been served with an adjudication application must respond to it within 10 business days after service, by preparing and serving a written response on the other parties and adjudicator.

It is good practice to serve the response in a manner that can be tracked. This also applies for service of adjudication applications.

If a response is not received in the stipulated timeframe, the adjudication process continues, and the adjudicator will make a determination of the dispute in the absence of information from the respondent.

Like the application for adjudication, the response must also contain minimum information. The responsive submissions may include arguments that:

The respondent’s response may also supported by statutory declarations of lay witnesses and expert opinion.

The adjudicator may, with the consent or the parties, extend the time for making a determination.

The adjudicator may also request a party to make further written submissions or provide additional information or documentation and may set a deadline for doing so.

The adjudicator’s decision must:

If the adjudicator dismisses the application, he or she must give reasons for doing so and communicate the decision and reasons in writing to the parties.

The adjudicator has discretion to make a costs award against a party in some circumstances. However, this is exceptional and the usual outcome is that each party will bear its own costs of making or responding to an adjudication application.

The determination of an adjudicator is binding on the parties to the construction contract under which the payment dispute arose. This is the case even where separate proceedings relating to the payment dispute have been commenced before an arbitrator or court.

There are only limited circumstances where a determination of an adjudicator on an adjudication can be appealed or reviewed.

While an adjudicator’s decision is only an interim decision which is subject to the outcome of more formal dispute resolution processes such as litigation or arbitration, an adjudication determination can have a significant bearing on the final resolution of a dispute. Not only does the third party adjudicator give a considered and independent view on the claim, the determination also determines who controls the money in dispute in the interim.

Common practical features that emerge in the adjudication process are:

Possible changes to the CCA

In 2018, the State Government of WA released a report on security of payment reform titled Security of Payment Reform in the WA Building and Construction Industry by John Fiocco. The Fiocco Report made a number of recommendations and supports the view that WA adopt a security of payment model akin to that of the East Coast.

The Attorney-General, John Quigley, previously indicated that a bill would be submitted to parliament in 2020, which would adopt the recommendations contained in the Fiocco Report. An exposure draft bill was recently released, and it remains to be seen what changes will ultimately be made.

Grondal Bruining is a corporate and commercial law firm committed to providing the highest quality service. Our team is renowned for providing outstanding benefits to clients, delivering proactive, professional legal advice and litigation services. We represent clients in superior courts and tribunals and when using alternative dispute resolution procedures.

We have been recognised as a Leading Commercial Litigation and Dispute Resolution Firm and a Leading Energy & Resources Law Firm in Western Australia.

The material in this article is provided only for general information. It does not constitute legal or other advice. Contact Grondal Bruining for advice specific to your circumstances on +61 8 6500 4300.

Limited Liability by a scheme approved under Professional Standards Legislation.