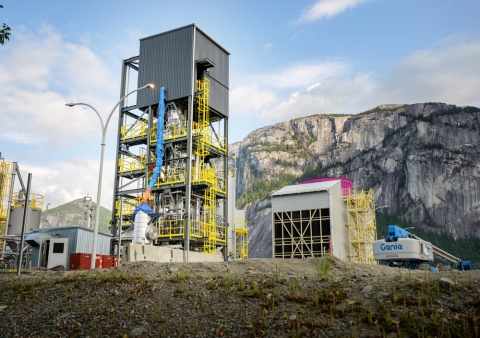 Carbon Capture and Storage (CCS) projects are an important component of the energy transition to a lower emissions future. The concept has been gaining momentum in recent years as a method of not only reducing overall greenhouse gas emissions but also as an alternative to purchasing Australian Carbon Credit Unit’s (ACCU) for many hard to abate sectors.

The National Greenhouse and Energy Reporting Act 2007 (NGER Act) sets out the thresholds for determining whether a company has an obligation to report on its greenhouse gas emissions, they are at a high level:

If a company satisfies either of these thresholds, then it may be subject to a baseline greenhouse gas emissions level set by the Clean Energy Regulator (CER). At the time of writing this article, the baseline for facilities with scope 1 covered emissions set by the CER is 100,000 tonnes of carbon dioxide equivalent per year.

If a company exceeds the baseline set by the Clean Energy Regulator it may choose to acquire ACCU’s to avoid incurring any penalty points under the NGER Act. At the time of writing this article, the current spot price of an ACCU is approximately $28 per ACCU (per tonne of CO2).

A company that invests in a CCS project may apply to the Clean Energy Regulator to receive credits in the form of ACCU’s from the Federal Governments’ Emissions Reduction Fund in respect of such project for a period of up to 25 years (contrasted with most emissions avoidance methods, which allow for a 7 year crediting period).

At a high level, the steps for participating in this initiative are:

To be eligible to receive ACCU credits from the Emissions Reduction Fund, a CCS project must:

Further to the above, if the CCS project requires any regulatory approvals or permits, they must be obtained prior to the commencement of the project. The approval of the CCS project by the Clean Energy Regulator is solely for the project to be eligible to earn ACCU’s through the abatement of greenhouse gas emissions.

The necessary detail of each report is subject to the particulars of the related CCS project. However, generally there is a focus on calculating the carbon dioxide equivalent net sequestration amount, for the CCS project for the reporting period.

For more information on this topic or to have a confidential discussion about your CCS project’s commercial needs, please contact James Bruining or Yvonne Jansen at Grondal Bruining.

Liability limited by a scheme approved under Professional Standards Legislation.